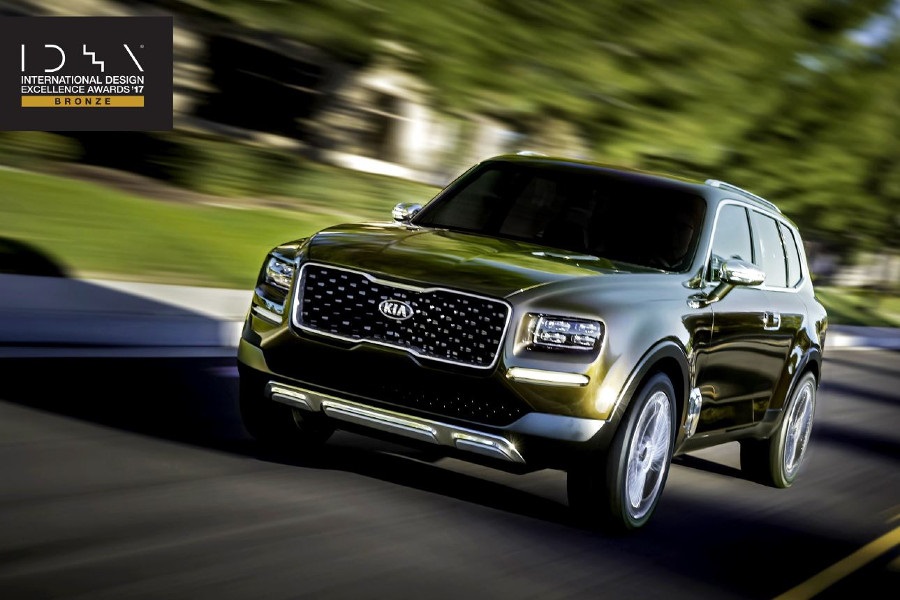 The Kia Telluride - a full-size SUV concept from Kia Motors - has received a prestigious design prize from the International Designers Society of America (IDSA).

Kia received a 2017 International Design Excellence Awards (IDEA) bronze medal in the ‘Transportation’ category for the concept car, which was unveiled last year at the North American International Auto Show, in Detroit.

Kia has built a reputation for world-class design in recent years, and previously won IDEA prizes for the design of the 2014 Soul and GT4 Stinger Concept, as well as the 2012 Rio. The Telluride was designed at Kia’s California design studio: Kia Design Center America.

Peter Schreyer, President and Chief Design Officer of Kia Motors commented: “The Telluride is a bold statement for Kia, providing a glimpse into how our designers would elevate levels of luxury into Kia’s future SUV lineup. It highlights how our designers are creating compelling concept vehicles as a foundation to lead into production-ready cars. I am very proud of our design team and the award from IDSA. It is a great honor for all of us.” 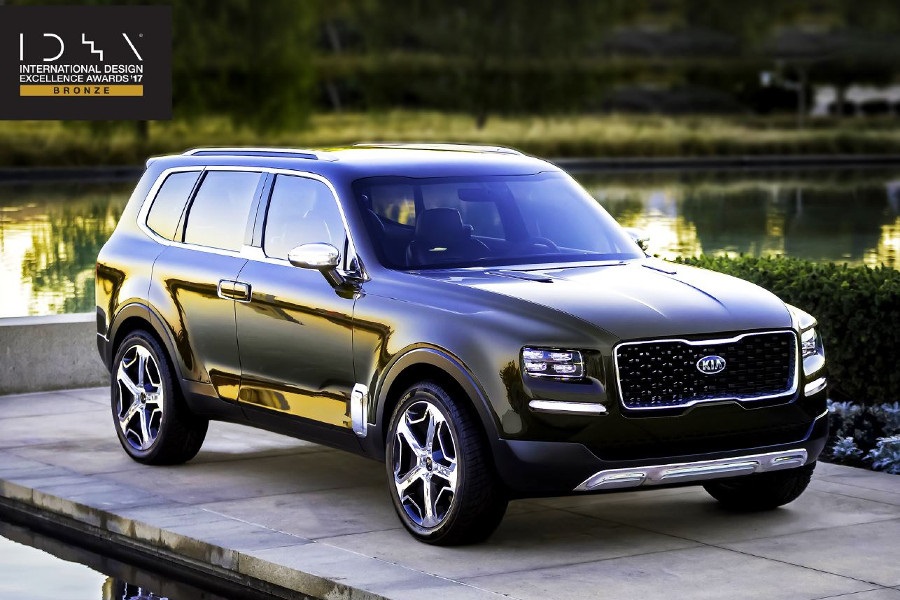 The Kia Telluride is the full-size SUV concept from Kia Motors.

Unveiled in 2016, the Kia Telluride previews a cutting-edge vision for a full-size SUV.

A striking three-row, seven-passenger, luxury SUV concept, it features a modern and upright shape, muscular stance, and - for maximum comfort - a longer wheelbase than many other production Kia models. 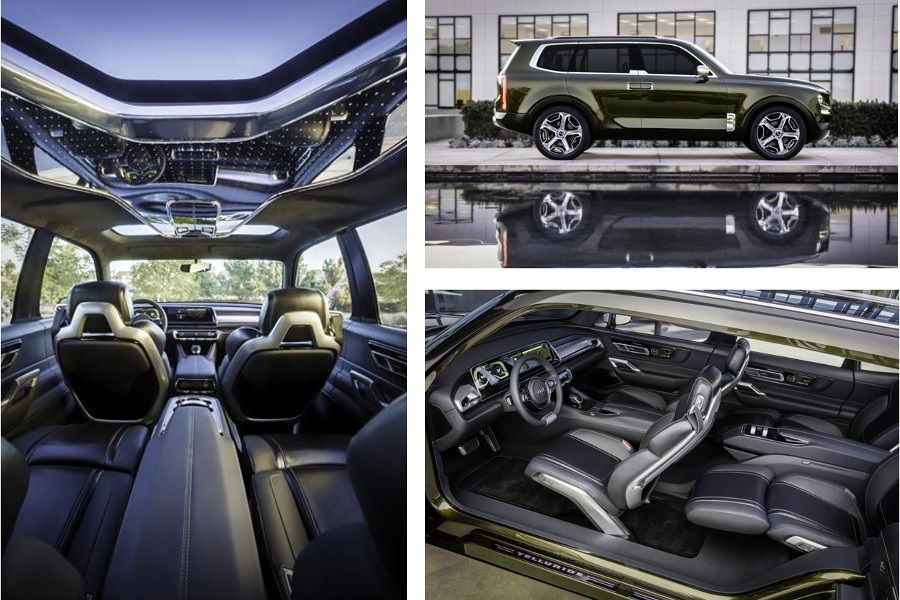 The car made an aesthetic statement as a bold, all-new luxury SUV with an abundance of advanced technologies.

The concept focuses on the passenger experience and comfort of second-row occupants, whose seats can recline nearly flat with large fold-away footrests.

Front- and middle-row passenger seats feature a series of precise diamond-cut openings in the seatbacks, each embedded with Smart Sensors to capture a passenger’s vital health information. Passenger vitals are then displayed on interior door panel screens, and synchronize with a Light Emitted Rejuvenation (LER) system. The LER system utilizes a large LED panel in the ceiling which displays therapeutic light patterns to treat desynchronosis, more commonly known as jetlag, and improve passengers’ energy levels.